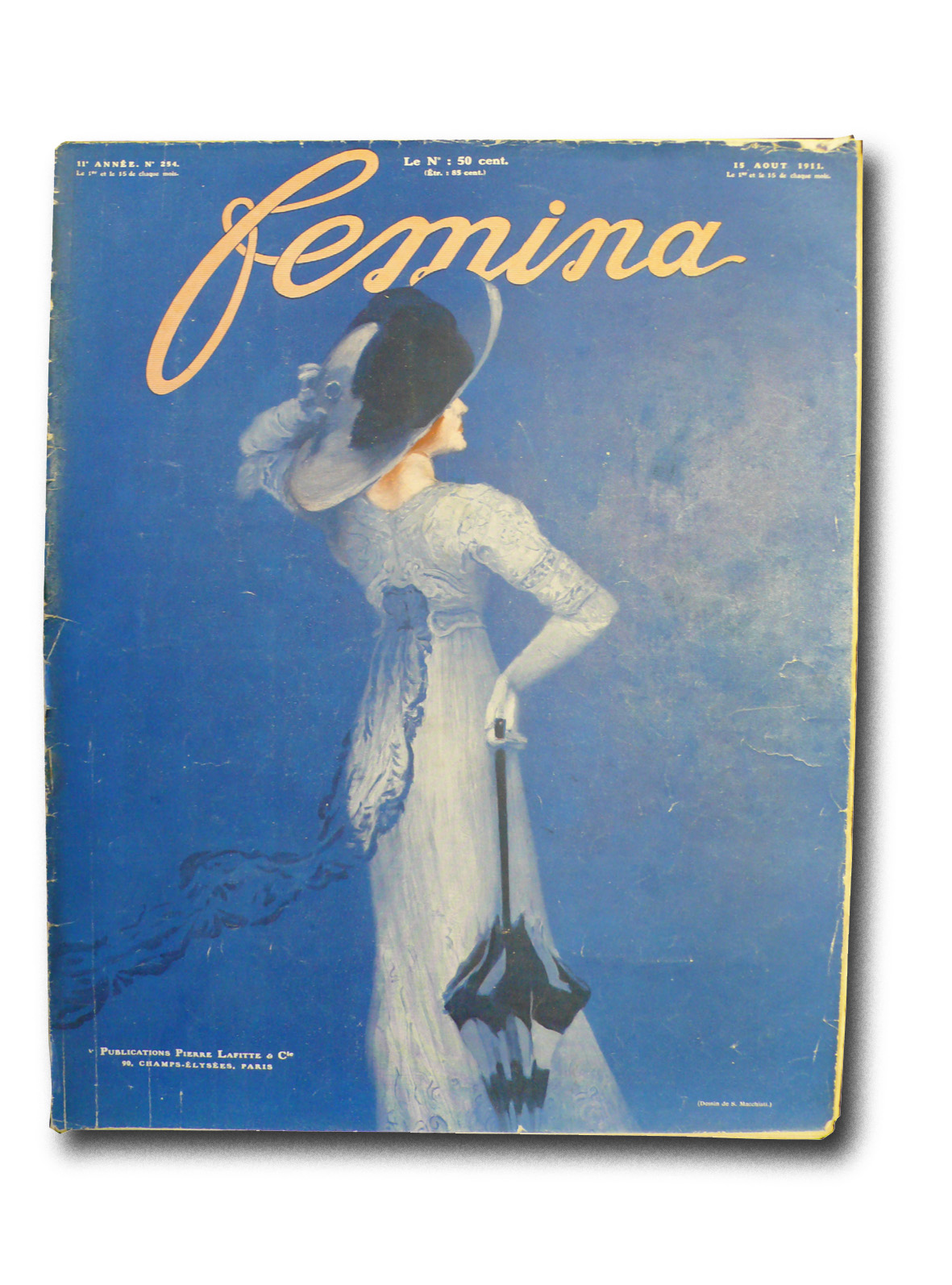 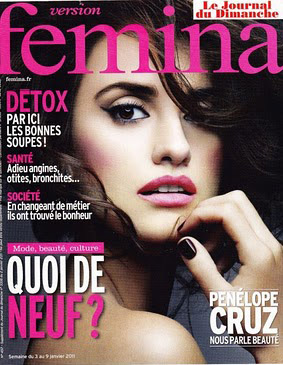 We are going all French here at CMYK Towers. Emma, our intern from Biarritz is helping on the advertising side of things, and Benedicte, our freelance designer from Bordeaux is laying a few pages out for Scotland in Trust magazine.

I had a few copies of ground-breaking French magazine Femina, dating from 1906, lying around, so I asked Benedicte to give her opinion. The magazine is still going in fact – Emma knew the title, however, it seems to have morphed into a fairly standard women’s magazine, lacking the identity it had in the early days.

Here are a few copies of the vintage fortnightly revue for women Femina which recently celebrated the 100th anniversary of its first issue, published on the 1st February 1901.

The concept of a magazine targeting women as its only audience was imported from America and Britain where titles like – Englishwoman’s Domestic Magazine, Ladies’ Cabinet of Fashion, The Music and Romance, among others, were real publishing successes in the late 19th century.

However, don’t be fooled, the women pictured in the different articles (or ads) or interested in the magazine, were not really representing the exact composition of the society. The subscribers were in fact, unsurprisingly, since they were the only ones who could afford it, from the Haute Bourgeoisie Parisienne. 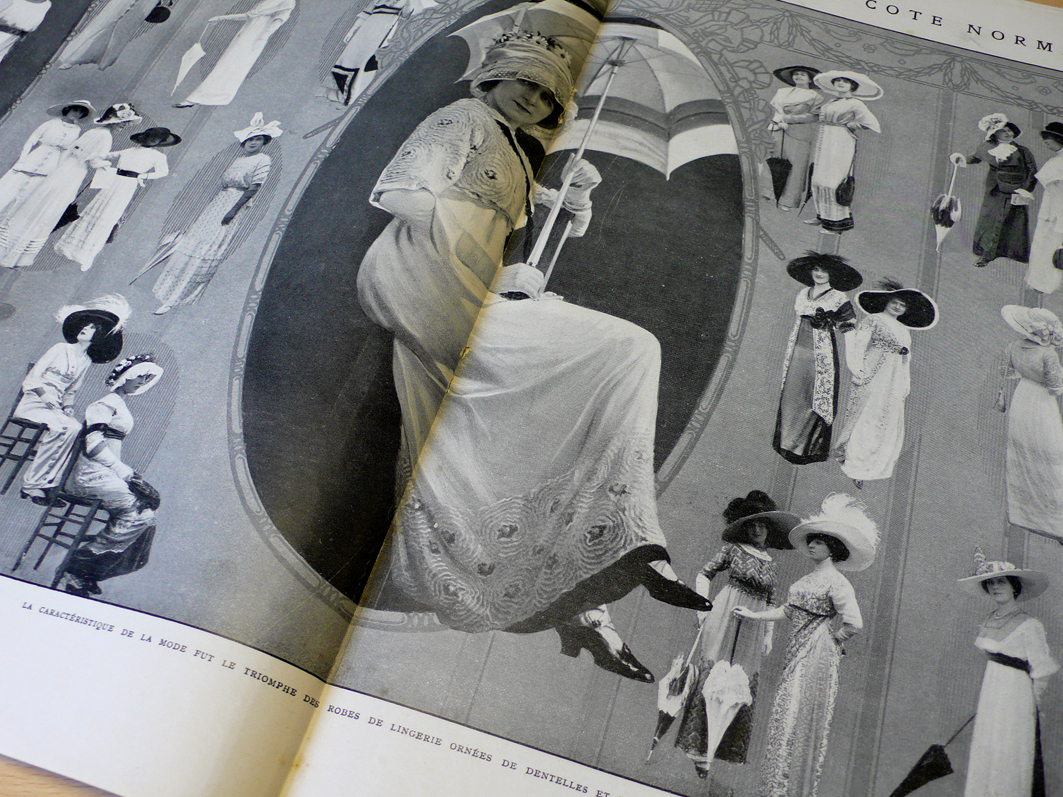 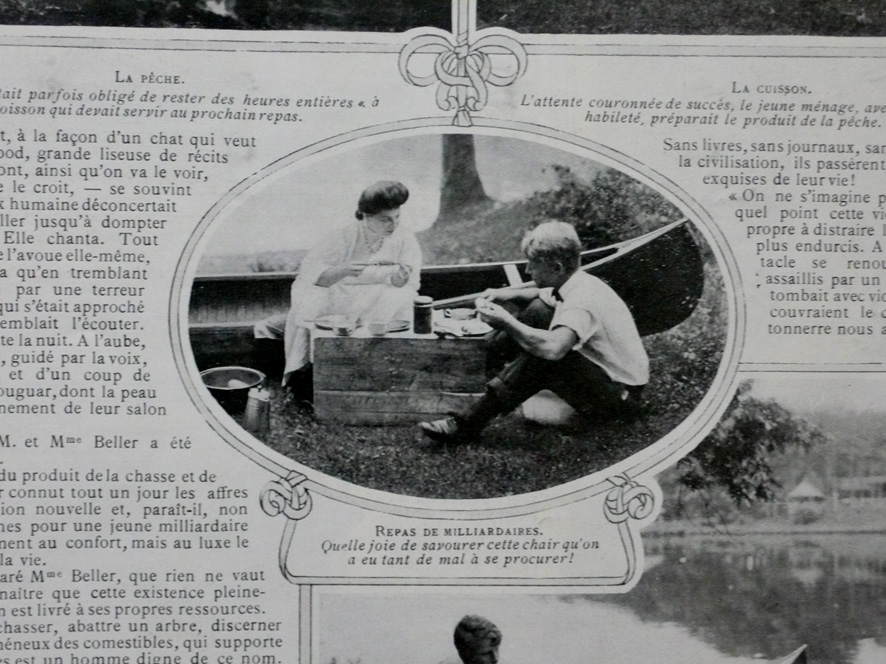 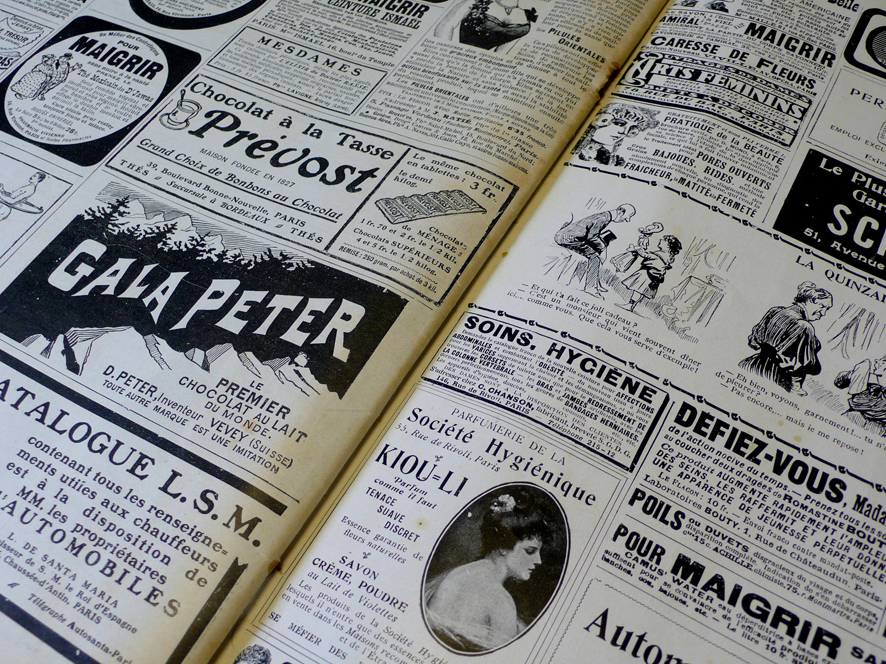 Through these yellowish stapled pages, you can get a fairly good idea of what the Parisian elite under the III Republic must have been like as well as an insight into feminism and the development of the press at the time.

For example, issues number 125 and 136 represent very good examples of the influence that foreign issues and events could have on French women’s opinions. While number 125 (1st April 1906) features an in-depth article about the events that took place in Downing Street on the 9th of March 1906 when a group of London women led by Lady Warwick demanded to obtain the right to vote; number 136 (15th September 1906) publishes letters from readers after the editors started an informal referendum on whether French women should be able to vote or not.

But enough history for just now. Because, Femina was far from being only a political orientated publication. Women were to find in it everything that une femme du monde had to know about: the latest fashion and trends – but also the gossip, to be aware of the places to be seen or which books to read. Quite ironically, but not surprisingly, for the time, most articles, if not all of them were written by… men.

As you go through the oversize (285 x 345mm) publications you realise there’s no such thing as “modern” journalism or magazine publishing. Advertorials? Montages? Journalists and publishers in the 20th century did not invent anything. Everything was already there!

Pages bursting with more ads that you can look at, recipes, different fonts and heading sizes, special tips to prevent hair falling out or alternatively how to get rid of unsightly hair, comic strips towards the end of the magazine, etc.

It’s definitely with a hint of nostalgia (after all, I haven’t been back in France in a little while now) and a grin on my face that I read these two pieces of history that every magaholic would like to have as part of his/her collection. And if you ask me, the best was without a doubt the series of very unexpected ads running through each issue. Here are a couple of samples to look at. Enjoy! 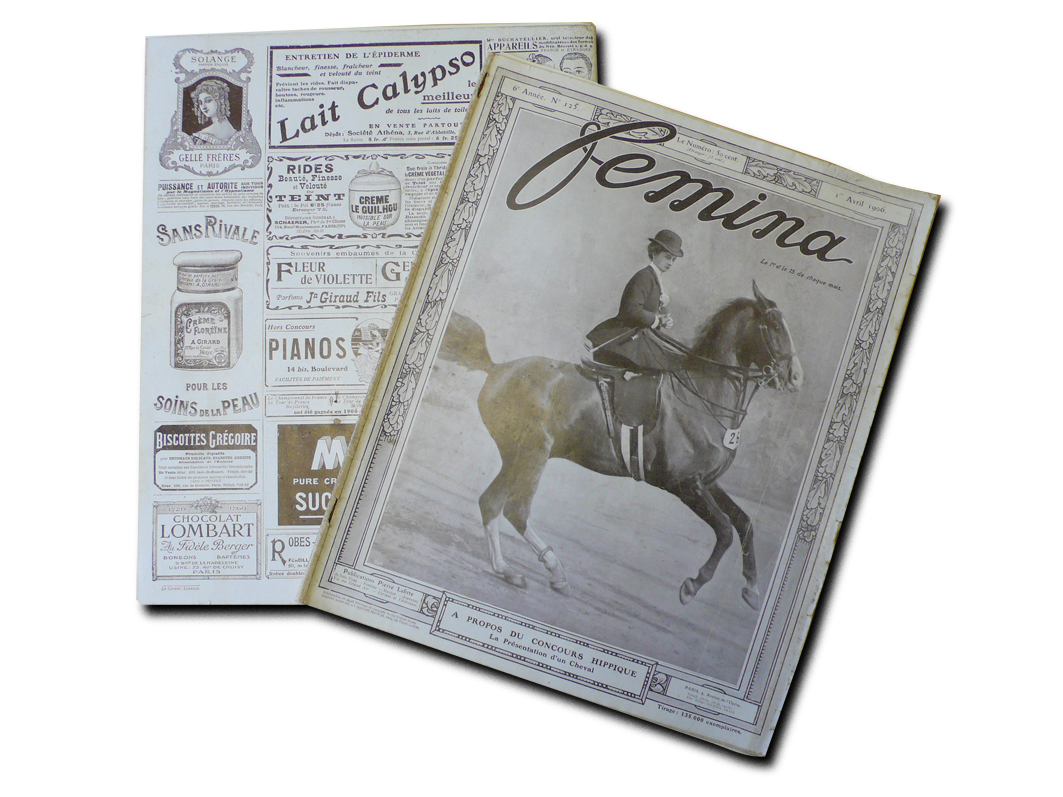 “The most deep-rooted freckles completely and quickly disappear with LYSIANA CREAM which is not a blusher and is not made with any medical product. It clarifies complexion in a perfect manner and gives it a perfect whiteness/purity. Results are fast and lasting. Try it once and you will be convinced.”

To lose weight safely and without any risks, take the GIGARTINE PILLS made from algae. They are given/recommended by doctors to reduce chin, belly, hips and slim the waist.’’