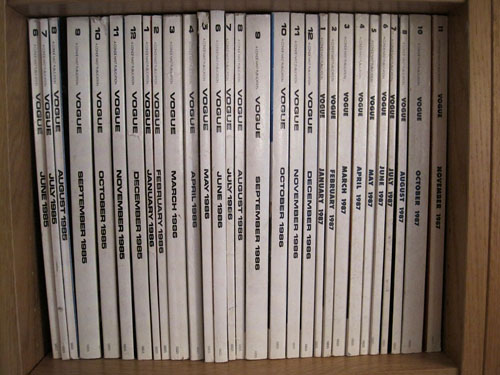 As a magazine enthusiast, I get anxious if I see anyone mistreating the very thing we strive so carefully to produce. But magazines are, of course, meant to be read, and it is unusual when someone keeps a hold of their copies for a long time, revering them like museum artefacts.

An old friend of mine, stylist Angela Moffat, has been buying Vogue for more than 25 years. I met her recently, and asked whether she still kept them in pristine condition. A simple question, I felt, but Angela needed time to collect her thoughts on this weighty topic. Here’s her considered response:

“Back in the day, a journalist friend, Richard Moore, wrote a feature for The Herald about me and my Vogue collection. He and I shared an office and I often ended up as fodder for his articles, from testing whether restaurants treated customers differently depending on the way they dressed to being dragged into the search for ‘Scotland’s Most Eligibles’. Richard and I also shared an office with PR Kirsten Dalgetty, and as soon as he said he was writing about collectors Kirsten announced: “Angela collects Vogues”. My immediate response was: “I don’t collect them, I’ve just never chucked them out”. I was duly dubbed ‘The Accidental Collector’. 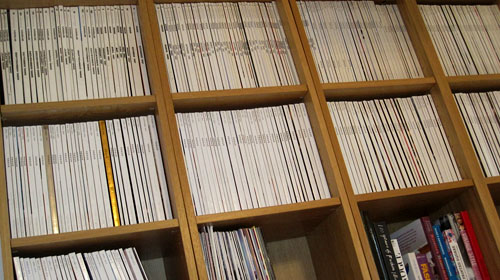 “Anyway, I now find myself analysing how my feelings have changed. At first I was very precious about my Vogues – pages were not to be scrunched to turn them over, and perfume samples were not, under any circumstances, to be opened. Looking back, it seems weird, but at the time these magazines and their fashion spreads were new, exciting works of art, so I wanted them to be kept perfect. 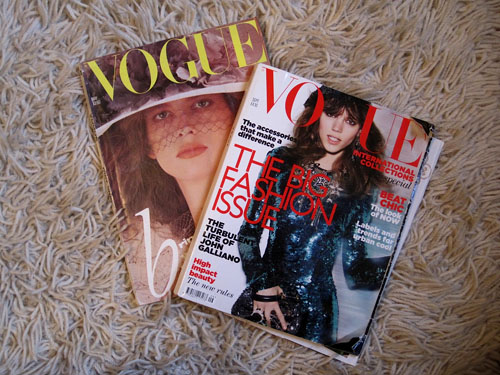 “At some point that obsessiveness disappeared. I am not entirely sure when. I do still keep every issue, but they get chucked into my bag and become dog-eared like school jotters. Maybe it’s because in my youth fashion was a new world to me. As time went on I saw trends being regurgitated. They were no longer unique and fresh, and the magazines reflected that. So as a collector I went from careful to careless. Having said that, woe betide anyone who scrunches my prized copies from the Eighties and Nineties!”