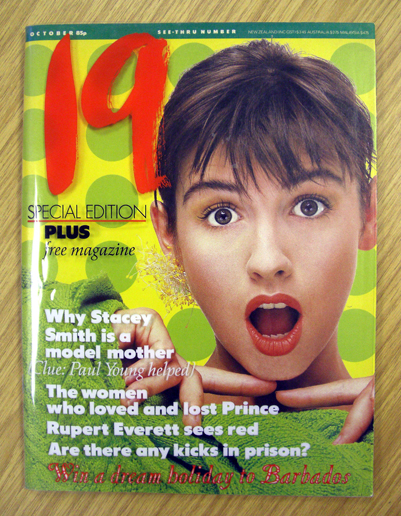 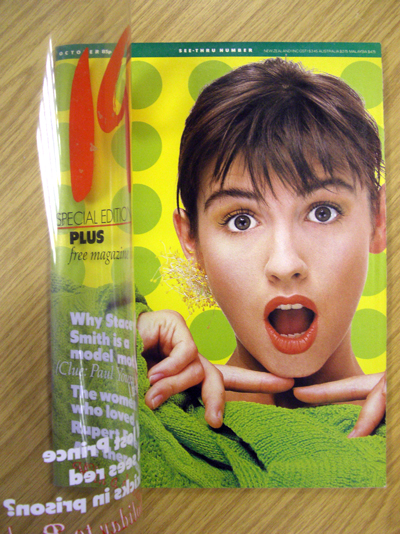 I’ve posted a cover from the now defunct 19 magazine today. It was this cover that got me started in this whole business really.

I was in my third year of Media & Production Design at the London College of Printing, it was 1987, and I needed a job. The whole third year of our course was spent out in industry, before returning to College for our final year, and the only options for me were big design groups working on packaging or annual reports. I wanted to work on a magazine, and this copy of 19 had caught my eye in a newsagent. It had a transparent plastic cover bound on, and the masthead – a flamboyant number ’19’ was screen-printed along with the other cover lines. Needless to say, I had never seen a commercial magazine produced like this, nor have I seen one since. It totally changed me. First I thought “how did they do that”, but next I thought “I want to do that”. I phoned up , and spoke to the then Art Editor, Delilah Lemon. She agreed to see me, so I pulled together my folio of college work and went to King’s Reach Tower on the South Bank. This was home to over 40 magazines, ranging from Woman’s Own and Horse & Hound to New Scientist and Melody Maker. It was about as corporate as you could get, yet each magazine appeared to have their own identity and certainly autonomy and power. Witness that screen-printed cover.

Delilah Lemon tore my folio to shreds. Not literally of course. She was far too polite – but she hated nearly all of the work I had done. I was crestfallen. I had so wanted to be part of this eccentric team, and work on a real newsstand magazine. “When do you want to start?” she asked. “But I thought you hated my stuff” “Yes, so we need to change you” she replied.

Over the next two weeks I mainly observed, but above all I was keen, enthusiastic and willing to do anything. If someone from editorial needed a packet of cigarettes, I offered to go and buy them. If the fridge needed cleaning out, then I got the marigolds on. None of this may seem relevant, but when my work experience was over, I was called up by Delilah and booked in for a month of paid freelance. This was due, she said to my willingness to help with anything around the office. We kept in touch, and when Delilah eventually moved to Woman’s Journal (within IPC), She offered me a job there as junior designer when I left College a year or so later. But that’s another blog.

19 magazine is sadly no longer with us, closing in 2004. But the strength of the teen market is phenomenal at the moment. Granted, most of the magazines currently aimed at teenagers are bought by pre-teens – my 11-year-old daughter favours DC Thomson‘s handbag sized Shout magazine. If anyone knows the teen market, I guess it is DC Thomson. Publishers of Jackie, Diana and Blue Jeans throughout the sixties and seventies, they have been there and got the T-shirt. Shout sells nearly 90,000 copies a month. Awarded Magazine of the Year last year by PPA Scotland at the annual awards, they are clearly doing something right. Personally I think it’s the way they give away make-up with nearly every issue.

With the tweenage market in Britain worth more than £20bn a year, it’s important to get things right. My daughter wouldn’t be seen dead buying Go Girl magazine, yet it’s aimed at her age group. Maybe it is bought by eight-year-olds.

Now my daughter wants to produce her own magazine. History repeats itself. 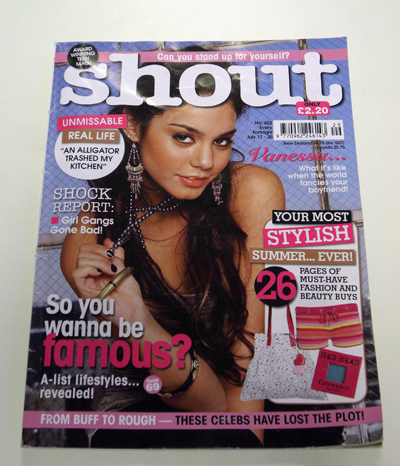 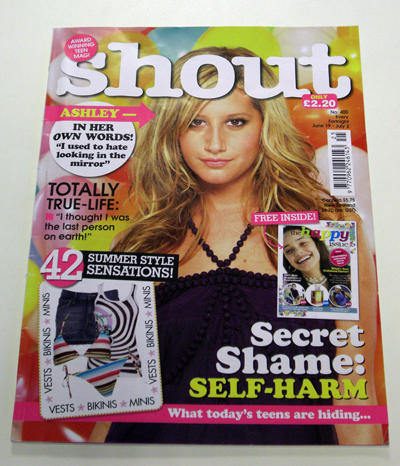