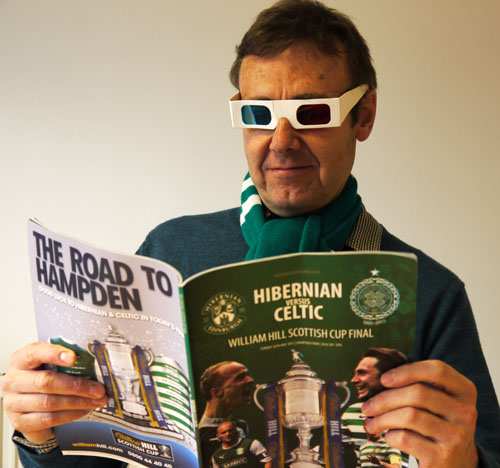 The Scottish Cup Final this year was unique. Not because Celtic won it – that had happened 36 times before – but because fans were able to buy the “first ever 3D cup final football programme”. By donning the cinema-style glasses included in the £5 cover price they could marvel at pictures of their heroes, such as Kris Commons or Leigh Griffiths, standing out majestically from the mundane background of grass, advertising hoardings and, er, football fans. Impressive work by O Publishing and, for Hibs supporters, perhaps more enjoyable than the match itself.