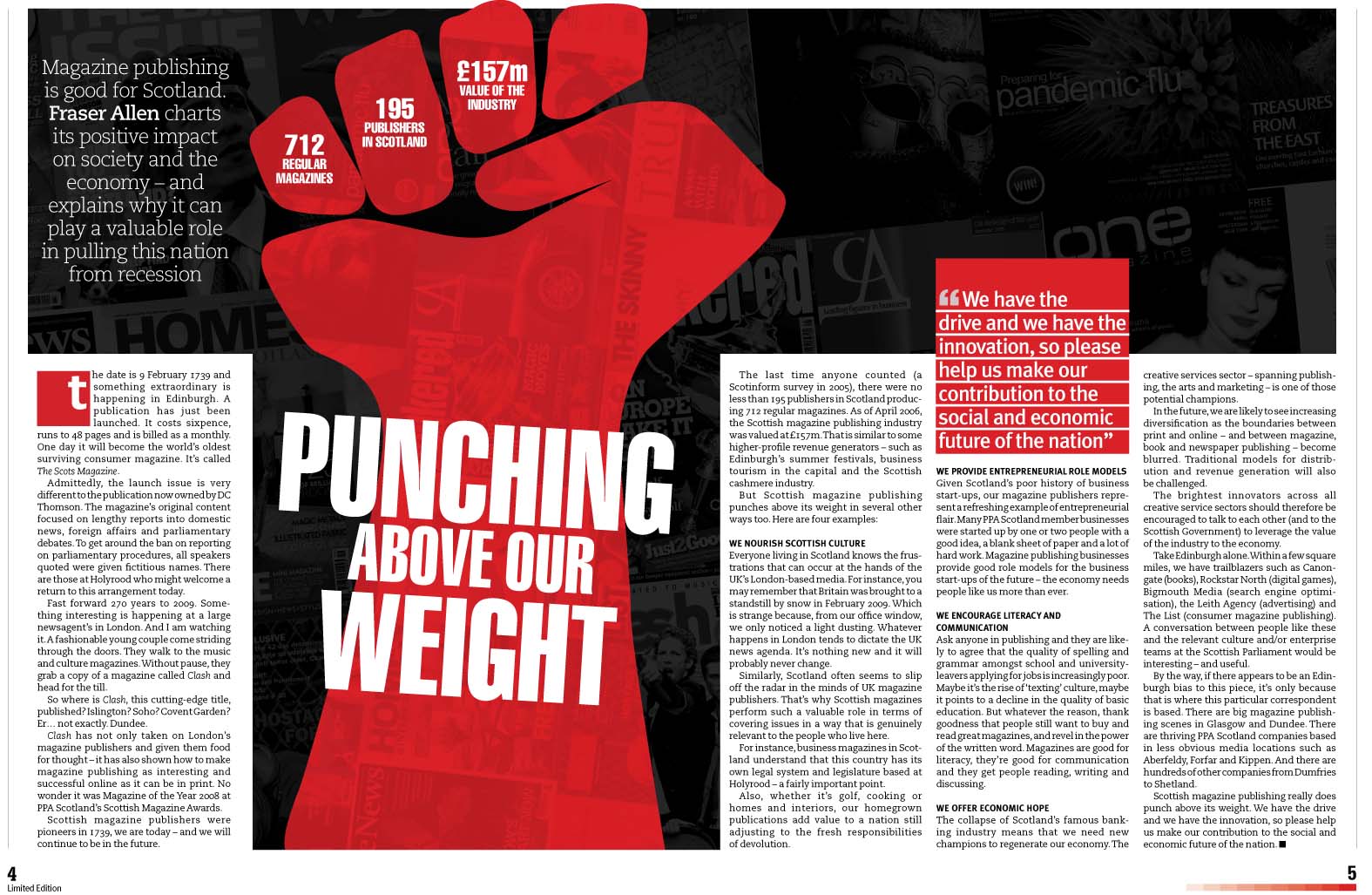 PPA Scotland had a meeting on Thursday 26 March at the Scottish Parliament with a number of MSPs present. The object was to lobby MSPs and make them aware of the problems we small publishers face. I spoke about the complicated procedures inherent in tendering for the public sector, Paul Begley from 55 North talked about the red tape that small businesses have to put up with, and Tom Lovering from PSP Publishing told MSPs about the difficulties we face when trying to get magazines onto the shelves in stores like WH Smith.

It did stimulate quite a bit of debate, and there were also representatives from Napier and Stirling Universities who both run courses in journalism or publishing. PPA Scotland Chairman Fraser Allen presided over the whole event, and Kathy Crawford, Business Manager of PPA Scotland pulled the whole event together.

White Light Media put together a very special one-off magazine to mark the occasion called Limited Edition. Check out the website for content. A forum will be up and running soon too to get your views across.

I guess it remains to be seen whether our points got across. Watch this space. 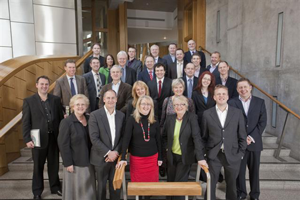