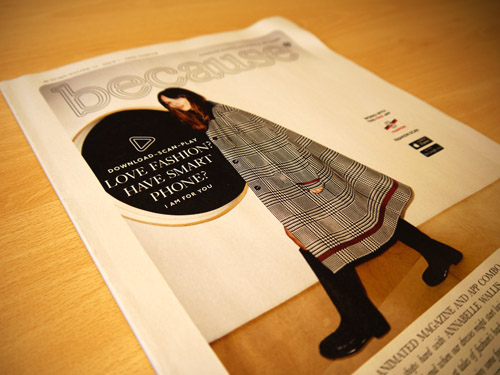 I was in London this week attending the Modern Magazine event, and had this new free fashion publication thrust into my hands at Kings Cross station.

It’s called because – and works together with a smartphone app to make the magazine come to life. So far, so gimmicky, but in actual fact, once I’d downloaded the app, the whole experience wasn’t too shabby. Using a combination of straight video, stop go animation, and links to existing YouTube channels, you just hover over the page you want to explore, and the feature comes to life. 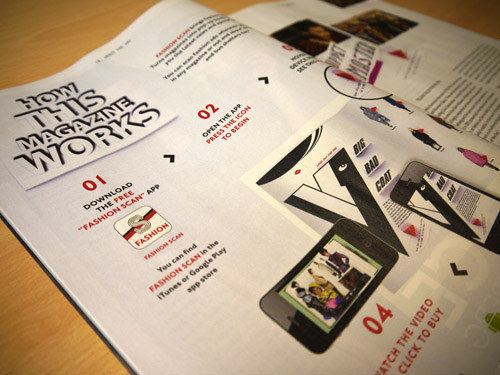 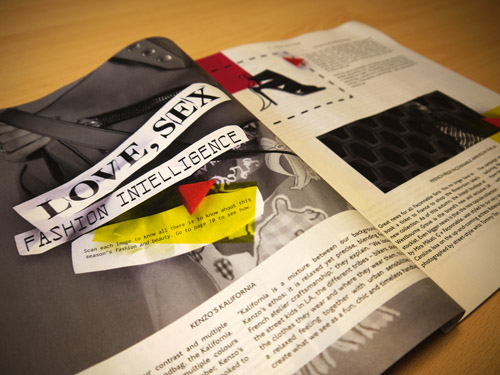 The magazine design itself was predictably edgy, using a variety of typefaces and blackmail lettering to create a busy, exciting look. The body copy is a bit on the big side for me, and the execution is a bit crude, but it’s really all about the fashion and the stories behind the pictures. Given that because is produced by the heavyweights behind Tank magazine, they know what they’re talking about. 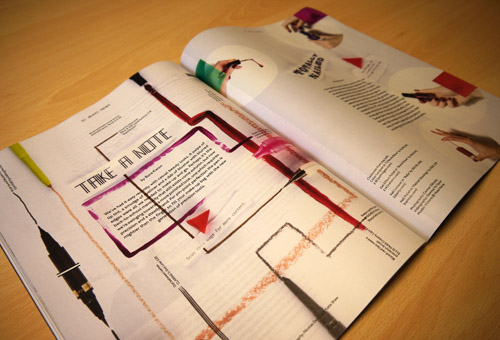 It remains to be seen whether this pilot issue succeeds in the crowded world of freemium magazines, but at least they are doing something different, and doing it pretty well.