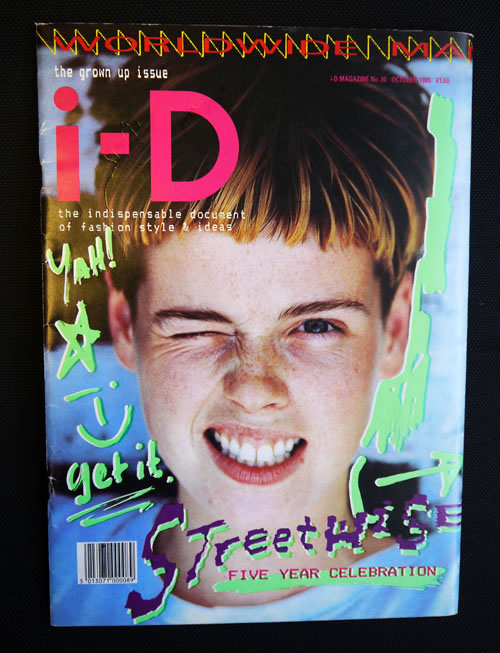 So, i-D magazine – trailblazer among the style bibles of the early eighties, has been sold to Vice Media by founders Terry and Tricia Jones. They will remain shareholders in the business.Other fashion magazines have come and gone (Blitz, The Face), but i-D has been a true survivor – launching the careers of hundreds of editors, writers, models, photographers, fashionistas, graphic designers and musicians. Since the launch in 1980, there has been a winking face on the cover.

In 1985, while I was at art college, I was pretty obsessed with the magazine, culminating in this extra-special fifth anniversary issue, that defied all magazine logic by changing its shape to A3, folded to A4, creating acres of space for art director Moira Bogue to go wild with. Coupled with pixelated typography, and fluorescent scribbles – this was unlike anything I’d ever seen, and I loved it. 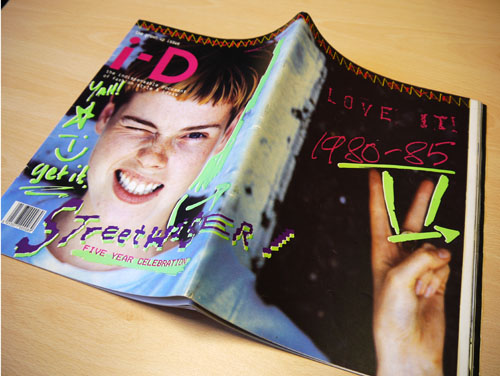 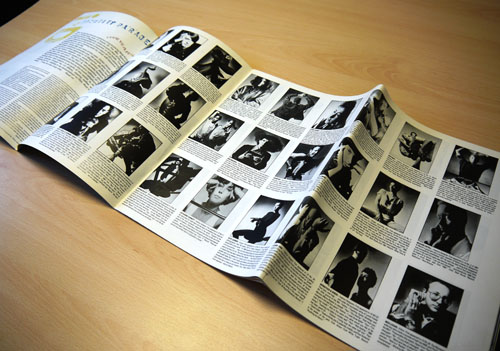 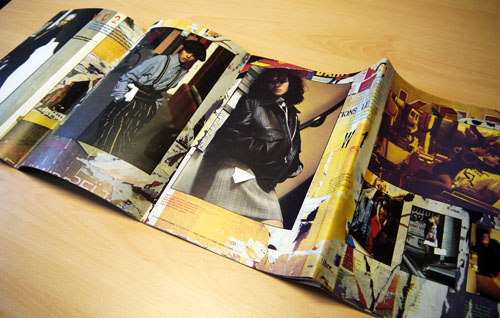 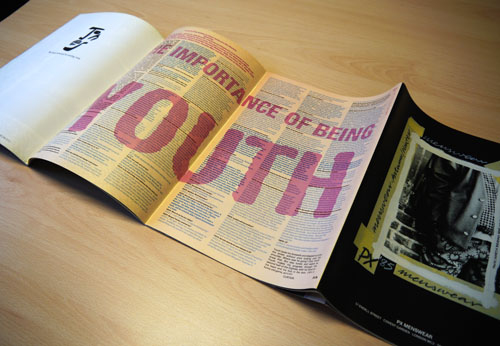