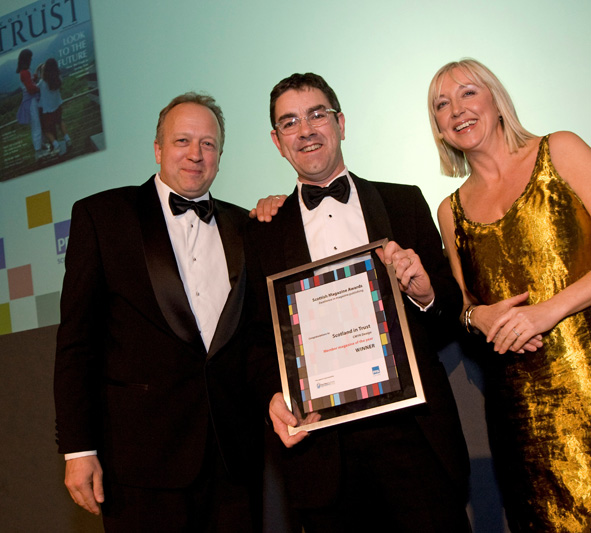 Last night the team from CMYK were celebrating in style after winning Member Magazine of the Year at the PPA Scotland Awards 2009.

Scotland in Trust, which we publish on behalf of the National Trust for Scotland, beat off the competition to win the award for the third time in six years. Photograph above shows Neil Braidwood (centre) collecting the award for CMYK. On his right is Roger Pitt from Headley Brothers, sponsors of the award, and to his left is broadcaster Cathy MacDonald, compère on the night. Photo credit: Tina Norris

Needless to say we allowed ourselves a glass or two of champagne.

The prizes just kept coming though – another of our clients, Big Bend Publishing won Best Small Publisher with Scotland Outdoors magazine – which has been going for just over a year. CMYK do all the design and production work on the title.

Listen to the podcast interview with Neil before the awards at allmediascotland.com